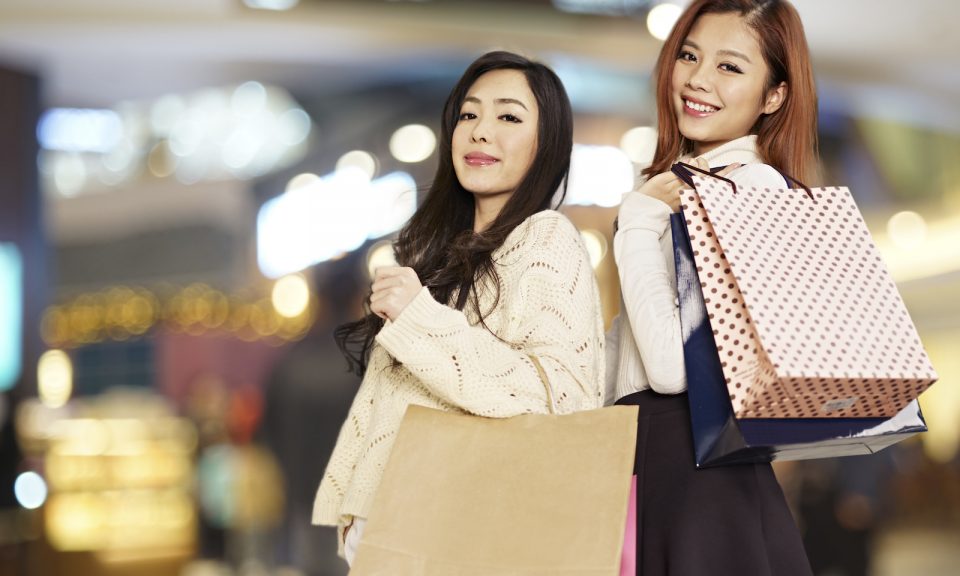 This month, the China Banking and Insurance Regulatory Commission has set a minimum target for banks’ new corporate loans to private companies at 50 per cent over the next three years. Some industry players say in China, a general lack of longer term bank financing for private companies has discouraged private equity sponsors from using borrowed funds to finance buyouts. This is in contrast to the view in more matured markets, where the use of debt to finance a buyout is viewed as conducive to higher return.

“Some of our portfolio companies do need some incremental increase in leverage. As the controlling shareholder of these companies, we can ensure that the leverage is used for the best interests of our fund’s limited partners,” said Sulger.

Lunar Capital has made seven buyouts in China over the past three years, with a general focus on the consumer sector. The fund’s limited partners include university endowments and pension funds in the US and Europe, as well as sovereign wealth funds and family offices outside China. With total assets of more than US$500 million, Sulger said Lunar Capital is among the very few early movers in China’s buyout scene. Having raised their first fund in 2008, Lunar Capital’s latest fund IV, which raised US$300 million in late 2017, is currently investing.

With many of the entrepreneurs behind China’s 2.5 million private companies approaching retirement age, Lunar Capital sees itself as a potential successorto help founders transform their businesses in the highly digitalised environment of Chinese consumer sector. In one example, he said the new management at Chinese infant apparel brand Yeehoo has successfully converted the means of payment at its retail outlets to using third party payment networks such as Alipay and WeChat Pay. About 95 per cent of sales today are transacted on these platforms, up from just 2 per cent when the business was acquired in 2012.

“We will stay very focused on the types of consumer brands we want to acquire in China. We can create a leader in some of the fragmented consumer sectors in the country,” Jerry Mao, a partner in Lunar Capital, said. Lunar Capital’s existing 15 portfolio companies manufacture and run consumer brands in infant apparel, snack foods, lifestyle and personal care products.

Growth in Chinese retail sales in October slowed to 8.6 per cent on year, the weakest rate since May and well below the forecast of a 9.2 per cent gain. Sulger remains sanguine on the domestic consumption outlook, saying the US-China trade war would make foreign brands more expensive than local ones. 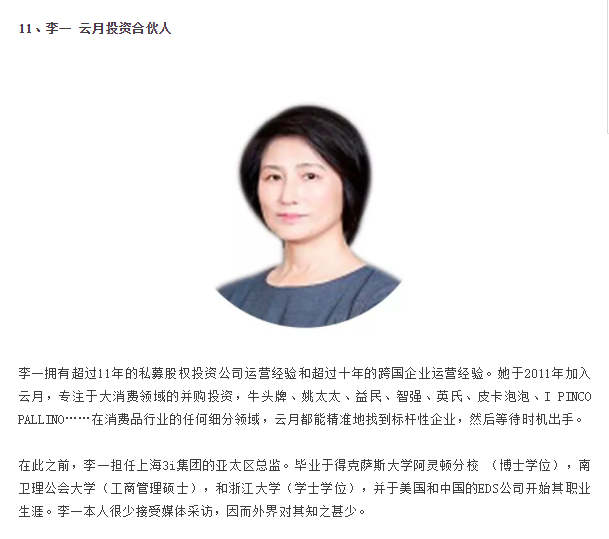 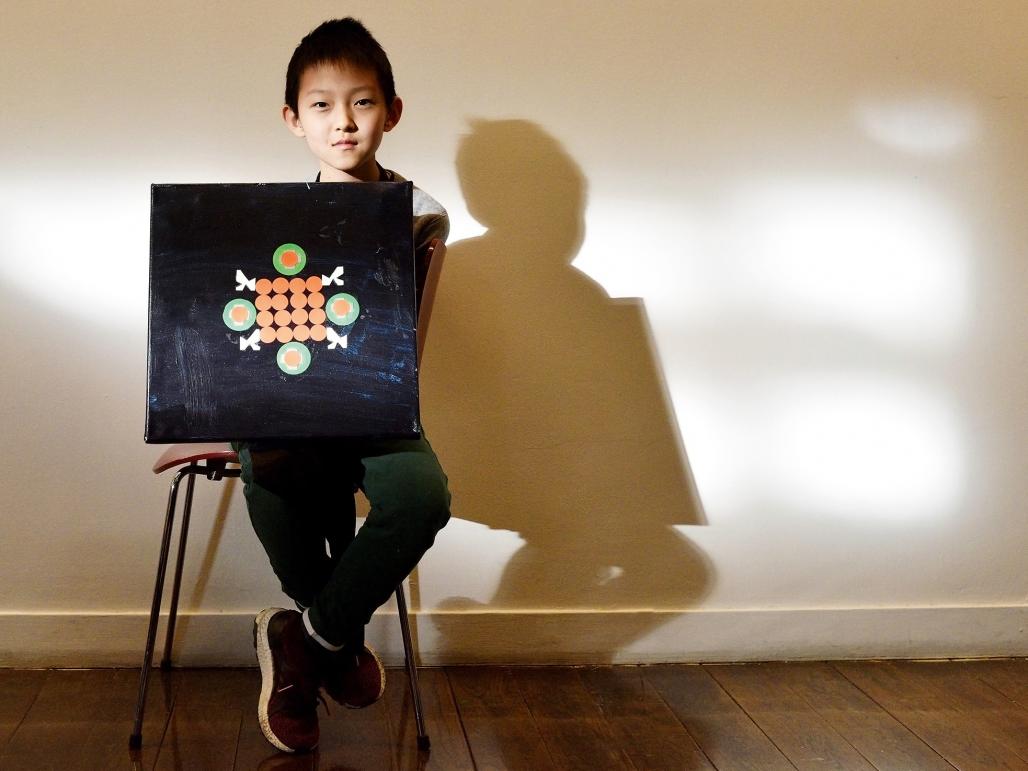 All along the length of the attic at the top of the Ullens Centre for Contemporary Art (UCCA) in Beijing runs a long corridor that opens on to a series of small rooms. Not many of the visitors who flock to the UCCA’s main exhibition spaces downstairs, dressed in chunky trainers and taking selfies, ever make it up here. But the people who do are art lovers all the same. Just a different sort.

Bright sunshine floods in through the small windows set high up in the walls. A square table fills the room, its legs cut low enough for children to sit comfortably around it. There are eight of them, all aged under seven, and their heads are bowed in a dark circle of concentration.

Having run around outside collecting leaves, sticks and tree bark, the children are trying to make something of the different textures. They focus on the feel of the objects and how they change as you run your fingers around their contours. Unusually for China, the teacher offers little in the way of instruction. Instead, the children are encouraged to be curious, to use the raw materials they have collected and to talk among themselves about what they’re doing. They are learning creativity.

What these children absorb here may change their lives for ever.

What is taught will certainly transform the UCCA.

Founded in late 2007 in the city’s 798 arts district by Guy Ullens, a rich Belgian art collector and patron who made his money out of Weight Watchers and sold a collection of Turner watercolours to get the project off the ground, UCCA is Beijing’s top contemporary art space. Its ​ exhibitions bring in 1m visitors a year.

By 2016, Ullens was 80 and thinking of selling. One potential purchaser was Chen Dongsheng, a prominent party man who is married to Mao’s grand-daughter and who, in 1996, founded a big insurance company that also plays around the edges of the art world. But Ullens, who was concerned about his legacy as an art lover and philanthropist, was persuaded that another group of investors would care more about the UCCA’s future as a not-for-profit.

Jerry Mao, a 35-year-old Shanghai entrepreneur, and his business partner Derek Sulger, a British-American financier who used to work for Goldman Sachs, set up a private equity firm, Lunar Capital, focusing on children’s clothing, babywear and healthy snacks and condiments – all investments aimed at prosperous Chinese parents who are willing to do almost anything to help their children get ahead. Contemporary art doesn’t look like an obvious fit for Lunar – until it is seen through Sulger’s and Mao’s eyes.

They believe that an unmet appetite for contemporary art, and especially for artistic education, creates a business opportunity. “The Chinese are very hungry for better and better education experiences,” says Sulger. The UCCA, they believe, is the only institution in the Chinese contemporary-art world that comes anywhere close to being a consumer brand.

Key to this is Philip Tinari, the UCCAs 38-year-old American director. A Fulbright scholar at Peking University who moved to China just as the underground art movement of the 1980s and 1990s was becoming mainstream, Tinari found himself translating the catalogue for the 2002 Guangzho Triennial. He never looked back. Today, Tinari is one of those rare people in the art world who can speak knowledgeably to Chinese artists about what they’re working on and also make sense of the art world to people who know nothing about it.

Under its new ownership, the UCCA will be divided into a not-for-profit organisation and a commercial one. The first will continue to put on major exhibitions. One to look forward to this year is a retrospective of Xu Bing, a printmaker, calligrapher and installation artist who has taught many of the coming generation of Chinese artists. Xu, whose work came under government scrutiny after the Tiananmen Square massacre, was one of the key artists featured in “Ink Art”, at the Metropolitan Museum of Art in 2014, but he has never had a retrospective in China.

On the commercial side, UCCA will have a retail arm (a “concept store that sells artsy things,” Tinari calls it) and develop special projects, such as one-off pop-up art events for property developers who want to use culture to give their shopping malls a bit of class. The biggest opportunity, though, may well be in education.

Chinese schools place heavy emphasis on memorising, not least because mastering Mandarin is so hard; it takes children six years to learn the 3,000-or-so characters you need to read a newspaper. In other subjects, such as history and geography, rote learning is also the norm. Not only does the government consider analysis and critical thinking dangerous qualities for Chinese children to develop, but the system is also heavily skewered towards exams. The competition to get into the best middle and high schools is fierce. Teenagers are made to cram for years for the gaokao, the competitive university entrance exam, which tests Chinese, maths and English, leaving little time in the curriculum for exploring other ways of learning.

There are growing complaints – especially from entrepreneurs – that China’s education system encourages emulation rather than innovation. Jack Ma, the founder of Alibaba, China’s largest e-commerce company, has voiced such concerns. “If we are not innovative…if we are not creative enough it will be very difficult to survive in this century.” As the economy matures, manufacturing shrinks and services expand, these worries will grow.

Some parents who have reached the same conclusions as Ma are searching for ways out of the gaokao rut. Hundreds of mainstream schools now offer an international curriculum; Waldorf schools, inspired by the philosophy of Rudolf Steiner, are increasingly popular. It is the appetite for such alternatives that has created an opportunity for UCCA.

In the heyday of communism, Chinese parents who wanted their children to learn about art took them to Youth Palaces – Soviet-style community centres that promoted technical excellence by focusing on realist drawing, painting and sculpture. Even now, art teaching remains very traditional. “What we’re doing,” says Tinari, “is quite different. “It’s about using art to spark or inspire children by promoting a creative mindset, a creative mode of inquiry.” UCCA describes its curriculum as “promoting self-discovery and self-growth through art as a medium, allowing every child to experience the environments where they grow up, and to reflect on who they are as well as what path they will take within these environments.” Children explore the seasons, through courses “on the beauty of yellow in nature”, for example, or on sound art using birdsong.

Most of the learning in the UCCA’s classes is being done by the children on their own – which, to some parents, can seem both confusing and unstructured. But despite such misgivings, the approach seems to be catching on. Parents report that their children are more talkative and more curious.

A year after the UCCA started its weekend art lessons and workshops, nearly 400 children are signed up every term. Sessions cost 245-380 yuan ($38-58) per hour, and parents have to pay 21,000 yuan upfront. Crucially for the UCCA’s cashflow, education is already bringing in nearly $1m a year.

The next big challenge is to try to expand the model beyond the UCCA’s own premises. Whether this means starting new schools of its own or developing textbooks and art materials remains to be seen. But the UCCA folk sense they’re onto something important. “As people become more affluent,” says Sulger, “they want to do things to promote creativity, something that might just help their kids become the next Steve Jobs.”